As recently reported by the Edmonton Sun, social media became the unofficial emergency broadcast system of the Fort McMurray fires.  During and after the evacuation, when even the radio stations went silent, citizens fleeing the fires as well as people wanting to know more about the fires scanned social media for news during the crisis.

When the Municipality of Wood Buffalo was unable to update its website as quickly as needed, they turned to Twitter.  At first, during the evacuation, their posts were sporadic and didn’t provide enough information as quickly as people wanted.  However, the day after the evacuation they figured it out and were able to provide some comfort to their followers, even when they did not have any new information.

Municipalities are increasingly becoming comfortable with social media as a means to share information with citizens as witnessed during the 2011 Slave Lake fires as well as the 2013 Southern Alberta Floods.  Which is good since as a society we are starting to expect, or demand, instant news.

When governments and organizations turn to social media to share relevant and timely information they can help direct the narrative and dispel rumours.  And the best way to ensure that your crisis communications team can share information via social media is to provide them with a mass notification system that helps them plan, pre-develop messages, and publish to Twitter or Facebook from any phone or internet enabled device, from anywhere in the world. 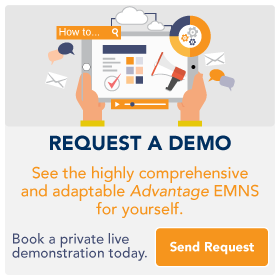